There are quite a number of companies offering tours and safaris to Nyungwe Forest National Park. Please check with these few and well rated companies.

Who to talk to about a safari…..

Safari companies in the area

When you know someone who specialises in a certain craft, you will want to use them if ever you need their product or skill. If you want to enjoy a well planned and stress free

, safari companies, especially the ones in your destination country are the best people to consult. 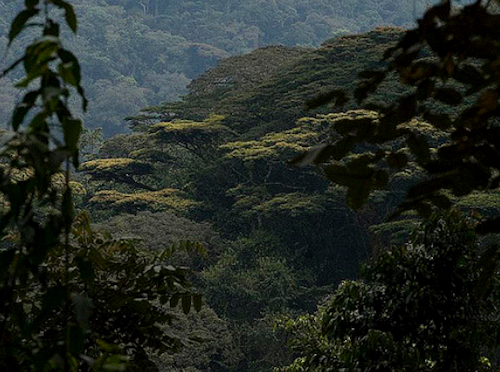 Nyungwe forest National Park is no different, when it come to the wealth of information and networks that safari companies have that you might have access to. The good news is, there are a few safari companies in Rwanda that can help you plan and execute a fun and freeing safari in the park. Trying to plan and make safari arrangements can be exhausting and a bit discouraging when you can’t seem to find exactly what you desire, but with a safari company to guide you, you will enjoy the process.

Wildlife is the main reason most people make

Trips to national parks and Nyungwe

definitely satisfies that qualification. The park is home to about 85 mammals, 13 primate species, over 280 bird species, some of them endemic to the region, over 1060 plant species, 32 amphibians, 38 reptiles and various species of butterflies.

This nature hub is quite rich with all things natural and colorful.

The most sought after primate in the park is the chimpanzee, but there are several monkeys including the rare and elusive golden monkey. Other primates include the olive baboon, red-tailed monkey, Grey-cheeked Mangabey, L’hoest’s monkey, the Angola Colobus and a few more. Other animals in he park include; golden cats, the fronted duiker, golden cats and others.

Nyungwe forest has quite the variety of bird life. With more than 280 different bird species, 27 of these birds are endemic to the Albertine Rift valley. It is a worthwhile place to visit for any bird watcher. Bird life International declared the the park “the most important site for biodiversity conservation in Rwanda”. Some of the birds you might catch sight of in Nyungwe include: Giant horn bills, great blue turacos and red-breasted sparrow hawks. The blue Turaco is the birding highlight here.

Birds, chimpanzees, monkeys, butterflies, exotic plants and trees, an exciting canopy walk high up in the air, breathtaking scenery. What’s not to like?!

Nyungwe Forest National Park is found on Rwanda’s border with Tanzania at a somewhat lower altitude although it is more hilly compared to the majority of national parks in countries neighboring Rwanda. This park is innovatively carved with a maze of swamps which flow into River Nyungwe Forest. It park is mainly dominated by a savannah landscape, open grassland plus acacia woodland.

The park is found 2 hours from Kigali in the Eastern Rwanda province. Most of the road is paved until approximately thirty minutes drive to the park gate when it becomes a bit dusty and bumpy. Some of the wildlife you will find within Nyungwe Forest includes elephants, buffaloes, giraffes as well as zebras, plus over twelve different species of antelopes, plus the hard to find lions plus leopards. In case you have take game drives in countries such as South Africa and Kenya then you may not be really impressed with the small national parks of Rwanda. Here the animals are not as many as in other parks such as Serengeti, although a trip to this park will offer a unique one day adventure during your stay in Kigali.

Nyungwe Forest National Park is a wonderful place for bird watching with a diversity of species of nearly 525 bird Species (4 of which are endemic), plus a great profusion of migrant birds. The hard to find Shoebill Stork may be seen here as well together with the beautiful Papyrus Gonolek in danger of extinction.

This National Park was in fact named after the beautiful river Nyungwe Forest which flows down the eastern boundary of the park. Nyungwe Forest Park is Rwanda’s most prominent Savanna wildlife reserve. In comparison to other areas within Rwanda, this place is somewhat warm and is found at a lower altitude and its terrain is mainly blanketed with dense, woodland characterized by broad leaves, and a transparent acacia woodland in addition to patches of rolling grasslands that are dotted with vivid stands of the cactus such as the Euphorbia candelabra shrub.

Moving to the western part of these plains you will find a string of low altitude beautiful mountains that reach heights between 1,600 meters and 1,800 meters. However, the eastern part of the park you will find a large wetland, and then the amazing River Nyungwe Forest directly pours into a complex of a number of lakes that are connected by extensive papyrus swamps plus zigzag water streams. Unfortunately, the total wildlife population within this area has significantly been reduced by poaching in the recent years, and currently what was once the northern part of the park is today a human settlement for refugees that returned in the country. The other lakes found inside this national park are often used as water as sources of water for their cattle especially the long horned Ankole cows; these are the commonly seen large mammals in this area. You will be amazed the large number of wild animals you will find inside the park for example: giraffes, hippos, buffaloes, zebras, antelopes plus elephants. The lakes are home to some of the largest hippo populations you will find across the whole of Africa, as well as an overwhelmingly big number of giant crocodiles, in addition to leopards, lions plus black rhinos which unfortunately are less in numbers. Also, the birdlife here in Nyungwe Forest is amazing with close to 550 bird species that include all species of scarcity plus some huge flocks of water birds. .

Nyungwe Forest National Park is one of the wildlife reserves across Africa in which you may have a drive for several hours without coming across any another safari vehicle, and not being able to guess the wild animal you are going to encounter in the following couple of minutes. Furthermore, Nyungwe Forest is among the most charming savanna reserves, having its impressive lakes that are surrounded by continuously varying vegetation, forests plus high beautiful mountains.

There are several other safari operators that operate in the Nyungwe area, or offer safari packages to Nyungwe forest national park. Like Pulse Africa, not all of them are typically based in Rwanda, many safari companies in neighbouring Uganda and Tanzania also offer safari packages that include chimpanzee or money trekking in Nyungwe Forest, visits to Lake Kivu, gorilla trekking in the Volcanoes and other safari destinations in Rwanda. Just be sure to do contact them and do a bit of research to verify their authenticity.